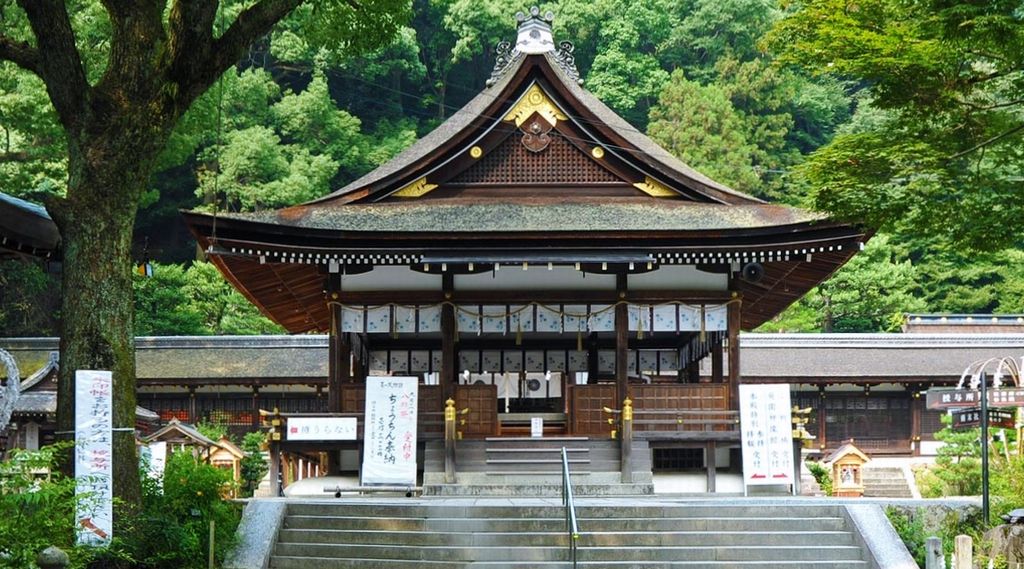 The oldest shrine houses a god of Sake, with Highly-reputed gardens created by a genius of landscaping.

Matsuo Taisha, one of the oldest shrines in Kyoto is at the foot of Mt. Matsuo, which has been worshipped as a sacred mountain.

The area is a scenic zones designated to preserve natural beauty, Matunoo Taisha is a part of the beautiful landscape with the surrounding natural scenery.

Oyamakui-no-kami, an ancient god of large mountains, was worshipped as the god of the place. It is believed that Matsuo Taisha shrine was built  in 701 by the Hata family, a strong local family. The Hata family introduced a new sake brewing technique to Japan, so the god is worshiped also as the god of brewing.Today, the shrine is a popular place for sake brewers to pray for success.

Matsuo Taisha Shrine is also famous for its three beautiful Showa Era gardens built by a genius of modern landscaping designer Mirei Shigemori and his son in 1975.  Those three gardens are relatively new but are well-reputed. The gardens were constructed using 100 million yen as the last works of Mirei Shigemori.

“Joko-no-niwa” is made of rocks near the peak of the mountain.

“Kyokusui-no-niwa“, the winding stream garden is an entertainment garden for aristocrats during the 8th to 12th century.  In Heian period such streams were used to float down sake cups and compose poetry.

“Horai-no-niwa”, the garden with a phoenix-shaped pond is the first landscape visitors see. It lies to the between the large torii gate and the Romon gate.

There is also a sake museum, a treasure house.

Admission : Free admission to the grounds (500 yen to the gardens)