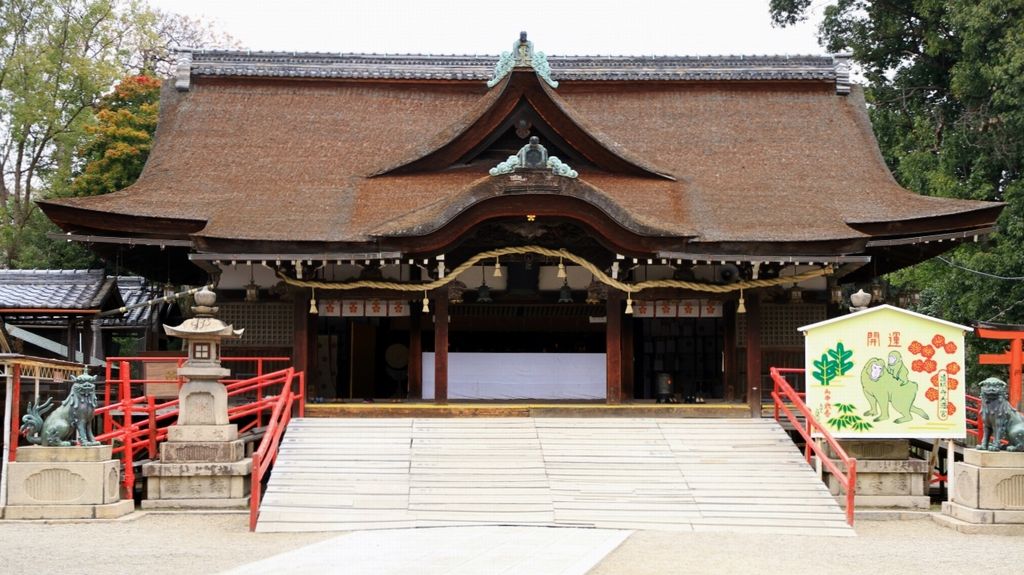 A Shrine, located near the heart of Osaka city to offer panoramic scenary of plum blossom.

Domyoji Tenmangu 「道明寺天満宮」, located in Fujiidera city of Osaka, a large shinto shrine is well known for worshiping the deity of study.

The Shrine is dedicated to Sugawara Michizane, who has been worshipped in Japan since ancient times as the god of scholarship.

Domyoji Tenmangu Shrine is always crowded with people praying for academic achievement during the entrance examinations in FEB.

The shrine has a lot of treasures including 6 National treasures, 2 Important National Properties, and 1 Prefectural Cultural Property. The main halls were burnt down due to the war, however the treasures were unaffected.

The shrine is also well known as one of the best spots for viewing beautiful Ume plum blooms. The shrine attracts many visitors, especially from February to early March, when the annual plum festival is held. Visitors can enjoy strolling its plum garden featuring 800 red and white plum trees in 80 varieties with their rich fragrance and tea ceremony during this period.

In the plum garden, there is an observation stone bridge providing a 360-degree view of plum blossoms below.

Viewing Ume (Japanese plum tree’s blossoms) is also popular attraction as well as Cherry blossoms. A festival featuring 800 red and white plum trees in 80 varieties. You can enjoy rituals and outdoor tea ceremony during this period.