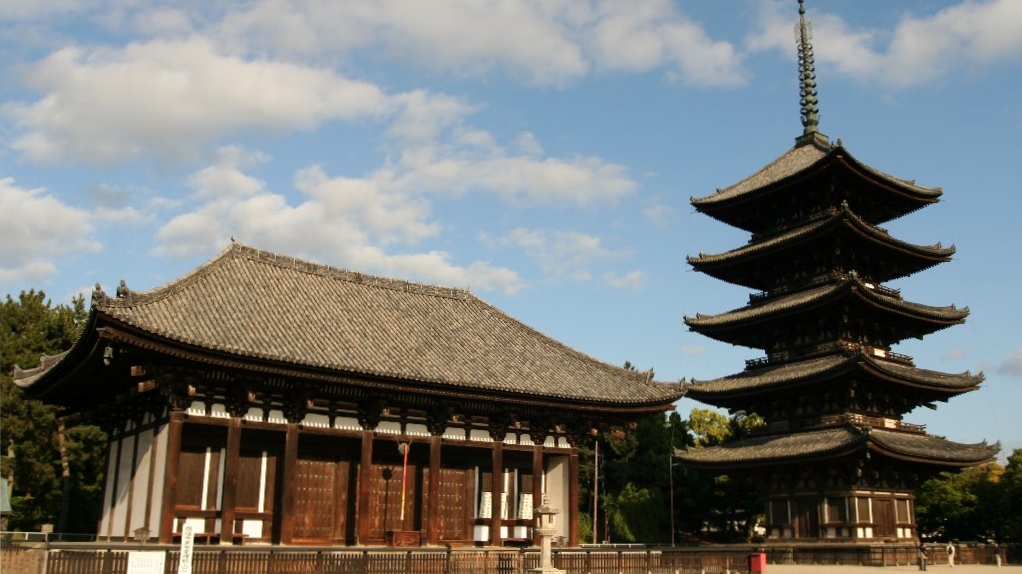 Kofuku-ji Temple used to be the family temple of the Fujiwara, an influential politician of the time during much of the Nara and Heian Periods. The temple was established when the city of Nara was being built in 710. As the Fujiwara’s careers flourished, the temple consisted of over 150 buildings.

Today a couple of buildings of great historic value remain because many buildings were destroyed by fire in 1717 except from the Hokuen-do and the Tokon-do. Since then, the present buildings have been rebuilt over time.  At 50 meters, the five story pagoda is Japan’s second tallest pagoda and symbol of Nara.

Kokuho-kan (National tresury hall) exhibits part of the temple’s great art collection. Among the many outstanding exhibits, you must see the three-faced, six-armed Ashura Statue, one of the most celebrated Buddhist statues in all of Japan.

Open : Open throughout the year