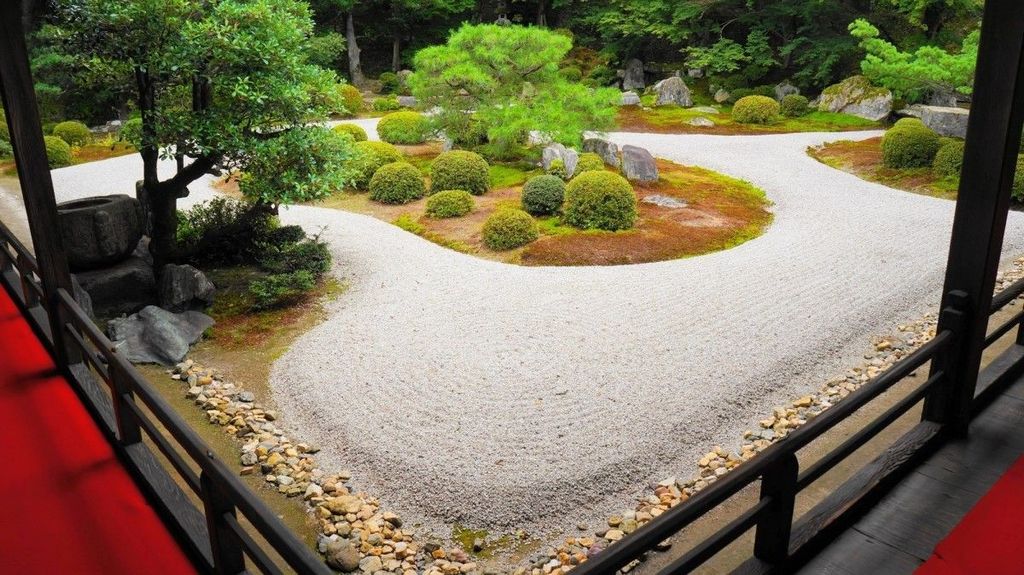 A small temple, to offer a fine zen dry garden, brilliant architecture and superb decorations along with its beautiful autumn color.

Manshu-in「曼殊院」, located in the Higashiyama district of Kyoto city is a temple of the Tendai sect of Japanese Buddhism. The temple was established in the 8th century by the Buddhist monk Saicho, the sect’s founder and originally stood on nearby Mount Hiei, and moved to its present location in 1656.

Manshu-in is also known as a “monzeki temple” , which means that it used to be headed by priests of the Imperial family or a member of one of the Regency families in the past.

The Great Shoin, the main hall, is designated as an Important Cultural Property.

The temple has several outstanding rooms of Shoin architecture, a style of architecture and interior design that developed during the Muromachi Period (1333-1573).

Those Japanese traditional style rooms are decorated with the “fusuma” sliding doors and “byobu” folding screens painted by leading artists such as Kano Eitoku (1543-1590), a court painter to the Tokugawa family. Many of the rooms are named after their featured paintings, such as the “Peacock Room”, “Tiger Room” and “Twilight Room”.

Manshu-in’s main garden is a good representation of “karesansui”, a dry rock garden. A pretty, covered wooden walkway led out to the garden view. You can have a lovely sight of raked gravel with two “islands” of foliage including a 400-year-old pine tree in the shape of a crane.

Manshu-in is best known for its beautiful autumn colors. Red maple leaves framed Mt. Hiei and the mountains of Higashiyama are very beautiful, which usually reach their peak around late November. The temple is also popular in spring for its cherry blossoms.

Manshu-in is along the trail of a wonderful walk in eastern Kyot. It’s good destination to explore that covers many beautiful temples, including the nearby Shisen-do Temple.

Access : 15-minute walk from Shugakuin station on the Eizan Railways

From Kyoto station : Take the JR Nara Line to Tofukuji station, transfer to the Keihan Main Line to the final stop Demachiyanagi Station. From there, take the Eizan Railways to Shugakuin station. (about 40-minute)

Bus : From Kyoto Station, take No.5 bus to the Ichijoji Shimizucho bus stop, and 10-15 minute walk from there.