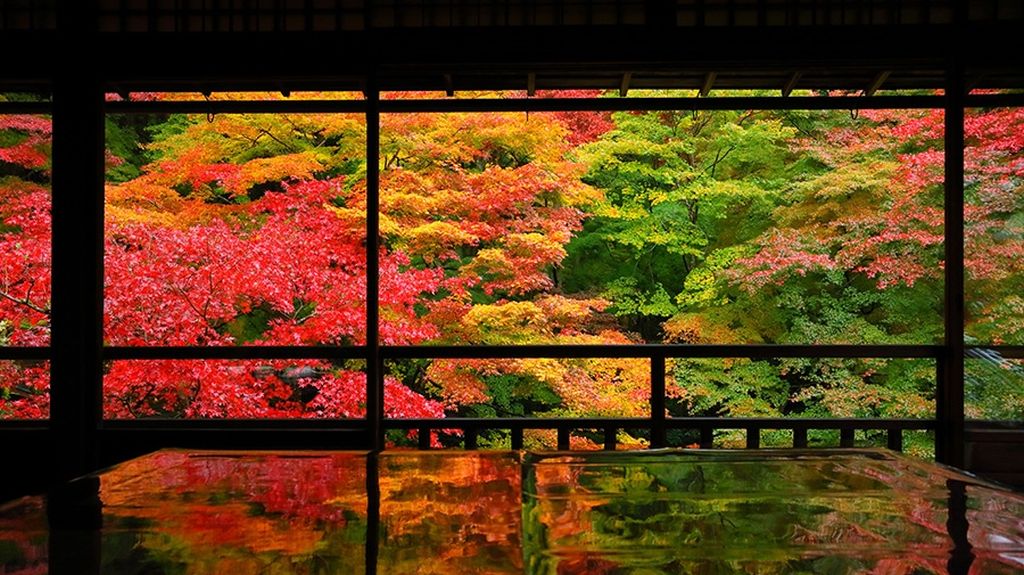 Rurikoin, A hidden Temple to offer stunning sites and an amazing atmosphere

Rurikoin 「瑠璃光院」, a buddhist temple is located in Kyoto’s northern mountains, an area known as Yase.  The temple is not yet the biggest destination for tourists but is already a paradise for photographers.  It opens to the public for very limited time periods in spring and autumn.

This area was a popular location for recreation by court nobles and high-ranking samurai during the Heian and later periods. The Imperial Prince Oama, who later become Emperor Tenmu, reportedly cured the arrow wound he suffered in the Imperial succession war of Jinshin in 672 here at Yase.

In the biggining of the Meiji era (1868-1912) a villa named Kikaku-tei was built at this location by Sanetomi Sanjo, the highest-ranked court noble and one of the most important figures in the new Meiji government at this time.

The villa was largely renovated at the early Showa period by the renowned master of traditional “Kyoto-Sukiya” style architecture.

After entering the main gate, there are three landscape gardens named “Yamaroji-no-niwa”, “Ruri-no-niwa”, and “Garyo-no-niwa”. These gardens are all colorfully decorated throughout the year by dozens of kinds of maple trees, moss carpeting, and hundreds of Japanese andromeda when in season.

You can have a panoramic view of “Ruri-no niwa”, a main garden from inside of the Parlour, a main building.

In Autumn, You can enjoy autumn colors by strolling around the banks of the nearby Takano River and the path of maple.

Access : A short walk from Yase-Hieizan-guchi station on the Eizan main line.

From Osaka Take the Keihan Main Line to Demachi-yanagi Station and then transfer to the Eizan Main Line.

Open : Limited periods in Spring (Mid-APR to Mid-JUN) and Autumn (OCT to Mid-DEC)