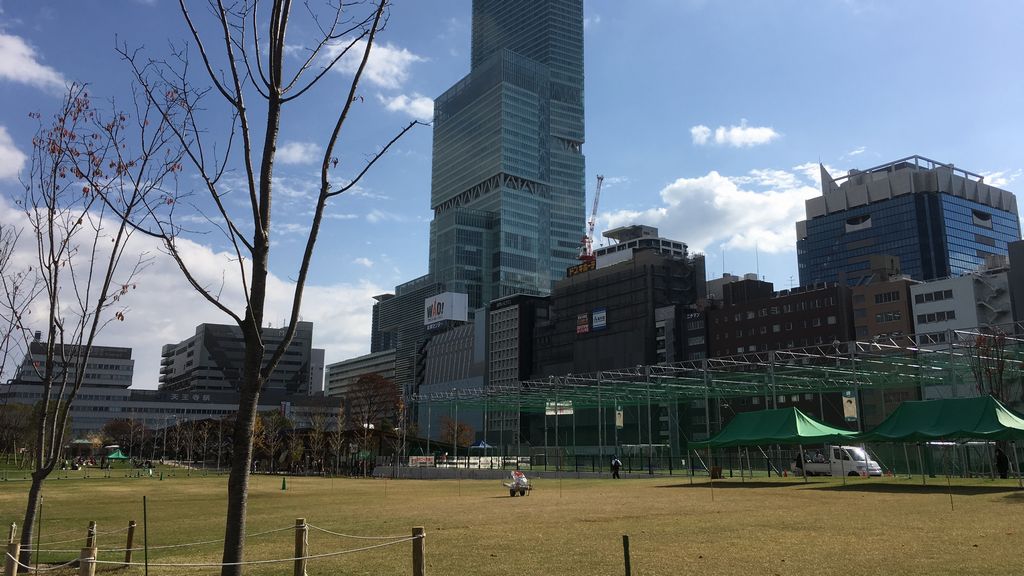 An Urban Park with a wide range of attractions, located nearby the Tsutenkaku tower, the symbol of Osaka

Tennouji Park is located next to Tennoji station, the southern gateway to Osaka.  It has a history more than a century to its first opening in 1909.  In 2015, it reopened with a wide open greenery space.

The park has a number of attractions such as futsal court, playland, restaurants and shops. There is a Japanese garden “Keitaku-en” and the Chausuyama Tumulus, which is the tomb of an ancient and powerful family. It’s also home to the Tennoji Zoo and the Osaka Municipal Museum of Art.

So it’s a good place for all the family. Visitors will see the Tsutenkaku tower, the symbol of Osaka and Abeno Harukas, the tallest skyscraper in Japan nearby.

Access : A short walk from Tennouji station and Dobutsuen-mae station

Keitakuen Garden is in Tennouji Park, Osaka. The garden was commissioned by the 15th head of the Sumitomo family as part of his residence in Chausu-yama. It was designed and built by Jihei Ogawa (a famous architect). He also built the garden in Heian-Jingu Shrine, Maruyama Park, and Sanzen-in Temple.