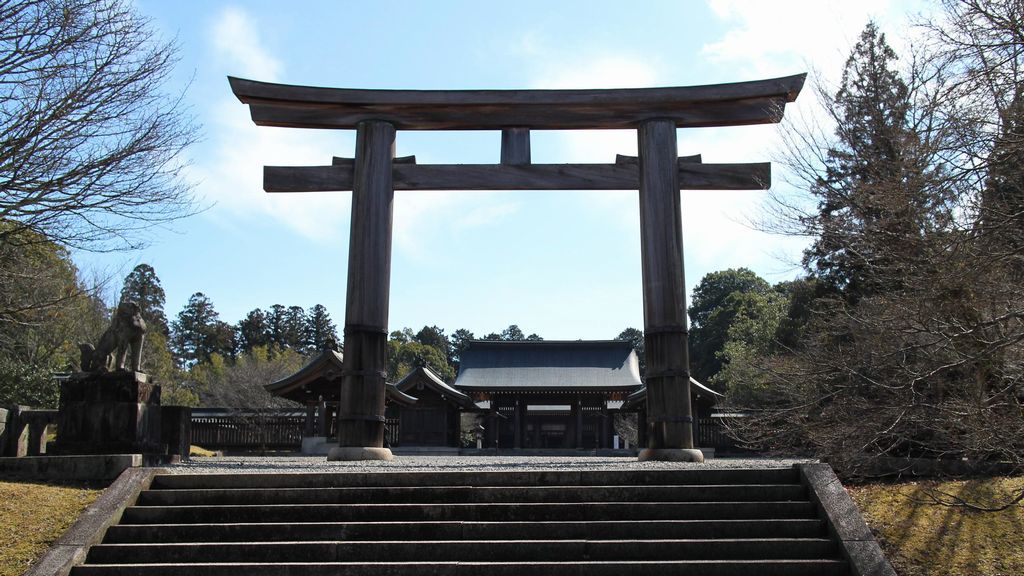 A shrine of the highest sanctity, a tribute from one emperor to another, to offer a taste of Japanese history and a commanding view.

Yoshino-Jingu Shrine「吉野神宮神社」, located on the northeastern base of Mt. Yoshino, Nara, is a relatively new shrine constructed in 1899 as a tribute by the Emperor Meiji to the Emperor Godaigo. The shrine is dedicated to The Emperor Godaigo who fought a battle against the shogunate, which had tried to diminish the power of the imperial cout in the 14th century. However, the restoration of glory to the imperial house during the 2 years period, The Emperor Godaigo passed away shortly afterwards in Yoshino.

The current shrine is a reconstruction in 1932, even though the magnificent cypress building is harmonious with its beautiful surrounding nature and gives us a peaceful sanctuary. The shrine is built facing towards the direction of Kyoto, as The Emperor Godaigo’s wish to return there and take back the imperial power again.

Yoshino-Jingu Shrine, the magnificent cypress structure stands in a spacious precincts with a tranquil atmosphere. It’s worth to visit while exploring of Yoshino. Visitors can enjoy a commanding view over the valley. With seasonal colours, such as cherry blossom in spring and autumn colours are wonderful sights.