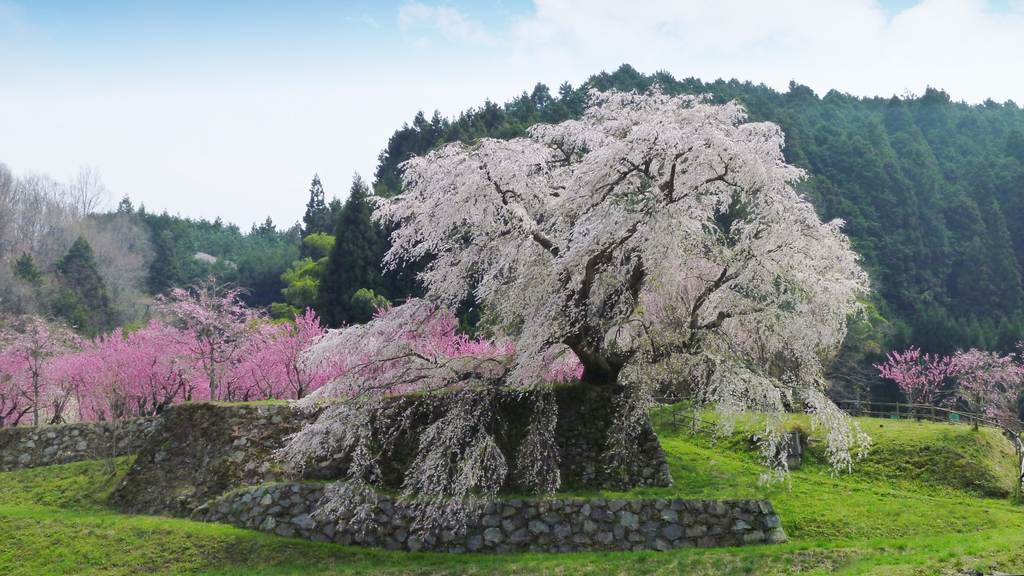 The Matabei Zakura is named after the famous samurai and warriors’ commander, Goto Matabei. He joined the “Osaka no jin”, a series of battles undertaken by the Tokugawa shogunate against the Toyotomi clan during the Warring States period.

Goto Matabei is a brave warrior and famous for its spear skills. He fought fiercely as a chief commander, however he committed suicide at the end according to the general history.

But, there is another legendary story, he escaped to Uda city and became a monk. People believe he had planted this cherry tree and started calling this tree “Matabei Zakura” after his first name.

Matabei Zakura blooms beautifully and creates a fantastic scenary along with surrounded peach trees when they all bloom together from the early to mid-April.

Access : Take a city bus to Ouda from Haibara station on the Kintetsu Osaka line.(17-minute), then 20 minute walk from the bus stop.

You can rent a bicycle from rental cycle shop at the information desk just outside of the station.
With power assiste : 1000 Yen/ A half day