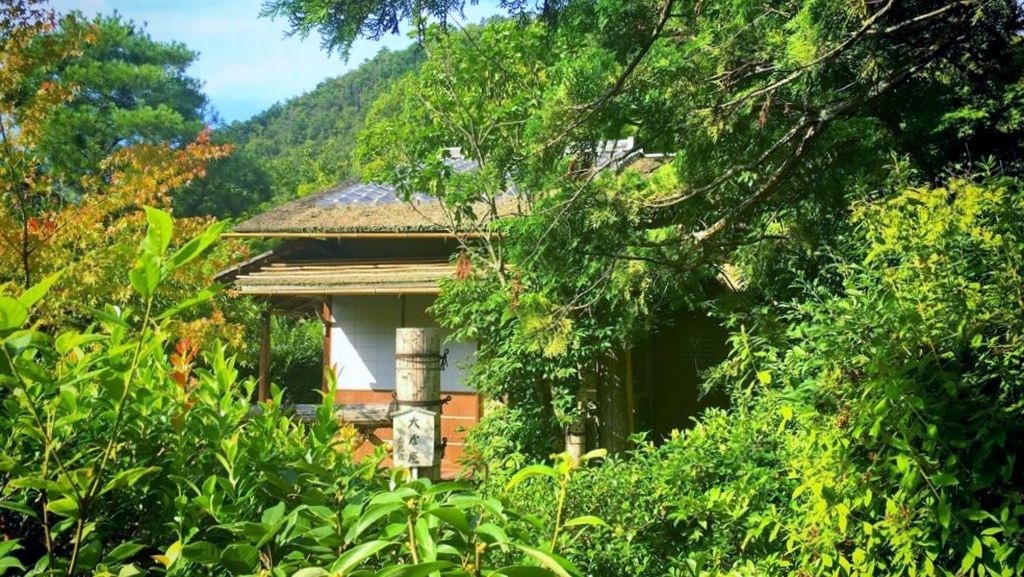 A temple, flourished as a village of artists, and the heart of tea ceremony was named after a master of arts.

Koetsu-ji「光悦寺」,is a Buddhist temple in the north west Kyoto. The temple was named after Honami Koetsu, a master of many arts including calligraphy, ceramics, and the Japanese tea ceremony in the early Edo period. Many of his works are designated as Important Cultural Properties.

Koetsu developed an artist community village inviting his family and artisans on Takagamine district, received from the shogun Tokugawa Ieyasu, a one of the three great military commanders during the Warring States period of Japan.

Before his death, the community village used to be called “Koetsu town” with 55 houses in the area extending 200 meters from east to west and 800 meters from north to south.

After his death around 1656, the place was transformed to a temple.

There are seven tea houses set in a strolling garden on the temple’s grounds, reflected his interests more than religious halls. The Taikyo-an tea house was built in 1915 as a replica of the tea house where Koetsu spent his last days.
There are also the main hall and the thatched bell tower, a number of elegant stone lanterns and crisscrossed bamboo fences, called “ Koetsu-gaki “ named after the great man.

The treasure house of the temple exhibits old maps of the area, works of Koetsu such as tea cups, wooden statues and calligraphies.

Koetsu-ji Temple is also famous for its beautiful strolling garden which is particularly popular with cherry blossoms and autumn leaves. Visitors can also see the great views down over the city at the end of the garden.

Access : Take a Kita 1 (北1) Kyoto bus from Kitaoji bus terminal at the Subway Kitaoji station and get off at Takagaminegenkoan-mae bus stop. 2-minute walk from there.