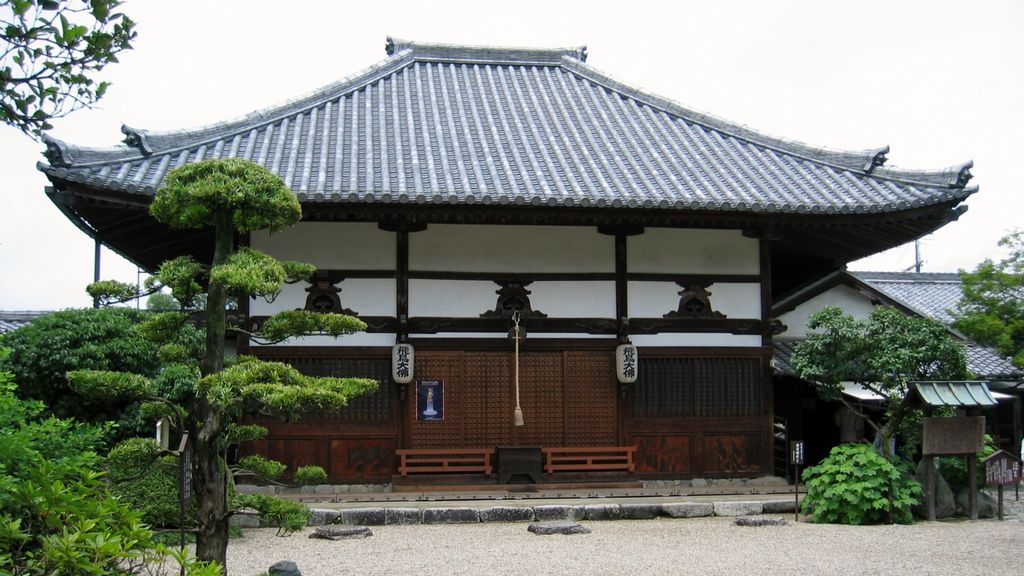 A Temple built using the best techniques of the time, enshrine the oldest statue of Buddah

Asuka-dera Temple 「飛鳥寺」was founded in 596, about 60 years after the introduction of Buddhism to Japan by the Soga family, who were powerful in the 6th and 7th centuries. The Temple has high historic value even among the famous temples in the Nara area.

Asuka-dera was constructed as Japan’s first full-scale temple. Many of experts coming from Kudara (an ancient state in the Korean Peninsula) , and people with the architectural techniques of the time engaged in the construction of the temple. Their work spread the country and established the foundation of Buddhist architecture in Japan.

The temple was originally a large complex with a five-story pagoda, but they were lost in fires. Today, only the main hall and a couple of modest buildings are left.

Asuka Great Buddha statue, the main image of the temple is on display in the main hall. It is the oldest known Japanese statue of Buddha, 4.85 meters tall gold-copper statue. It’s said to be the work of Kuratsukuri no Tori, a genius of Buddhist sculpture. Most of this Great Buddha statue was destroyed by repeated fires but a part of the face, left ear and three fingers of the right hand are from the original created in 606. Visitors can see this precious statue very close and is allowed to take photos.

Access : Take the Kame Loop Bus from Kashiharajingu-mae station on the Kintetsu Minaki-Osaka Line to the Asuka Daibutsu-mae bus stop (22 minutes, 250 yen, one bus per hour).

: The temple can also be reached by rental bicycle in about 15 minutes from Kashiharajingu-mae station.