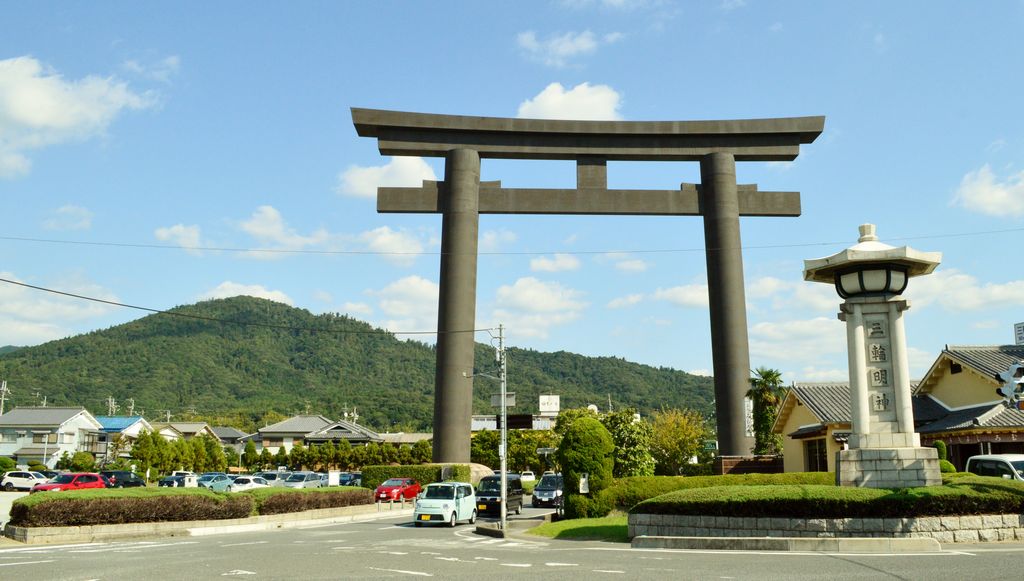 The oldest shrine of Japan, worship Mt. Miwa where the god lives through a extreamly rare triple torii gate.

Omiwa Jinja「大神神社」,an ancient Shinto shrine along the Yamanobe-no-michi walking trail in Sakurai city of Nara is believed to be one of the oldest shrine of Japan. The exact age of the shrine is unknown but the age is before emperors.

It is said that Omononushi-no-mikoto who appears in myths, his soul was comforted in Mt. Miwa, so the entire mountain is the subject of worship.  Visitors can see a magnificent view of Mt. Miwa with “o-torii”, a gigantic torii gate

It is not allowed to cut down any tree or glass in the mountain. Pine trees and cedars grow densely and made thick forest by the shrine. Worshippers wishing to climb Mt. Miwa for prayer and only allowed to climb the mountain wearing a white sash after having a Shinto ritual.

Shrines usually have a main hall to house the deity but there is no main hall here but people worship to Mt. Miwa through a triple torii gate (mitsu-torii) at the back of the shrine’s prayer hall. The triplr torii gate style is ancient and very rare, and to see the gate, visitors need to ask at the shrine office and be guided by a priest. (No photography allowed)