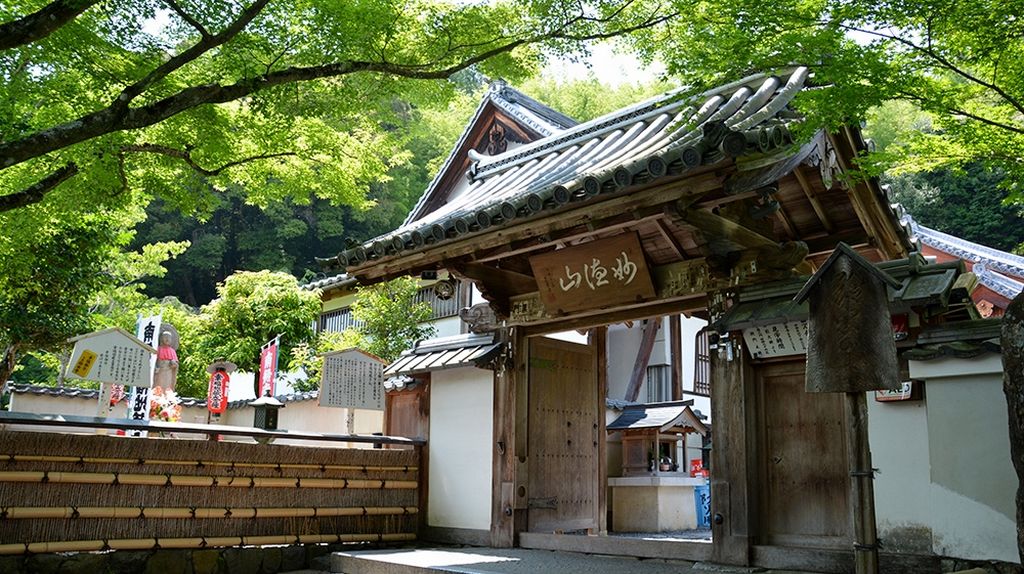 Mossy atmosphere and lovely singing of crickets in all seasons attract numerous visitors to the temple.

Kegon-ji Temple, referred to as Suzumushi-dera, “the cricket temple” was established as a temple of the Kegon sect of Buddhism in 1723 but later turned into a temple of the Rinzai sect. The Temple is located in Mt. Matsuo with beautiful nature. Visitors can enjoy a moss featured garden and a panoramic view of the city of Kyoto.

The cricket temple due to the large number of crickets that can be heard singing not only in autumn but throughout year.  Those crickets were raised in the temple every year as many as 50,000 crickets.

The temple is very popular. Pay an admission fee and you can listen to the monks entertaining talks with sweets and tea. People actually que up to hear the monks talks

Kofuku Jizo Bosatsu,the jizo wearing waraji, is believed that he will satisfy only one wish of any person making a wish.

The temple’s ground have Manchu-kuyo-zuka, a mound to hold memorial services for insects in autumn. Kofuku Jizo Bosatsu statue,the jizo wearing waraji, traditional straw sandals is well known. It’s believed that he will satisfy only one wish of any person making a wish.