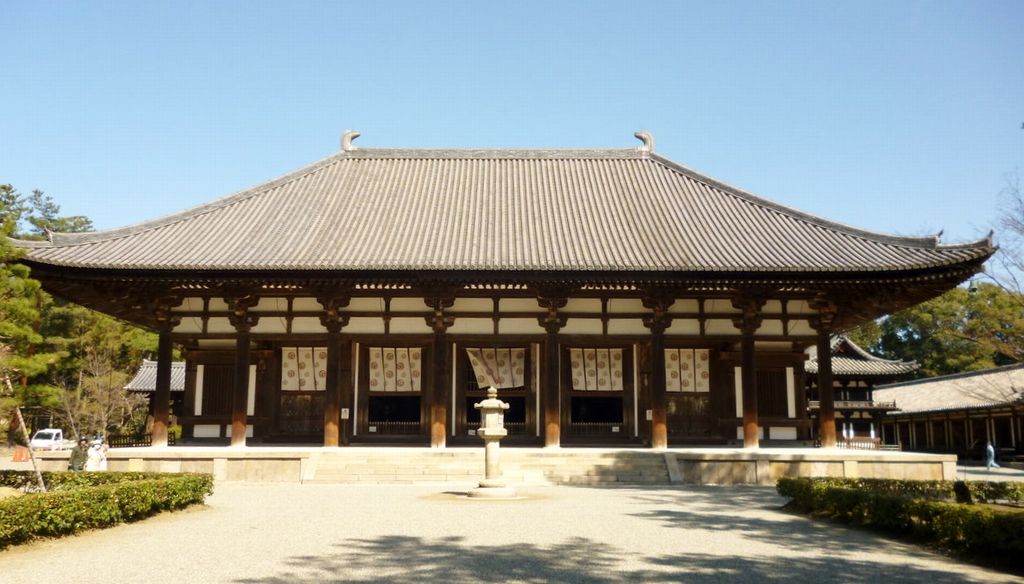 Toshodai-ji Temple was founded in the year 759 by the Buddhist monk Ganjin, a Chinese priest who was invited to Japan by the emperor in order to train priests and improve Japanese Buddhismand.  The auditorium was made by transferring part of the Heijo-kyu Palace in the city of Nara, which is the only building of Heijo-kyu Palace that remains to this day, and which is designated a National Treasure. The construction technique called entasis, in which the central part of the pillar is raised, characteristic of Greek and Roman construction, is used in the main hall (kodo).  Three Buddhist statues, the seated figure of Rushana Buddha and the standing figures of Yakushi-Nyorai and Senju-Kannon in the main hall, are all designated National Treasures. The standing figure of Senju-Kannon actually has one thousand hands and is Japans oldest wooden Buddhist statue. The Miedo hall stores a famous wooden statue of Ganjin which is displayed to the public only once a year for a few days around June 6, the anniversary of Ganjin’s death.

There are a number of small paths on the temple grounds that cut through thick overhanging foliage. Ganjin’s grave is located at the end of one of these paths, and the surrounding nature gives the area an atmosphere of serenity. The temple also has a large bell from the Heian period, a chapel, sleeping quarters once used by monks in training.