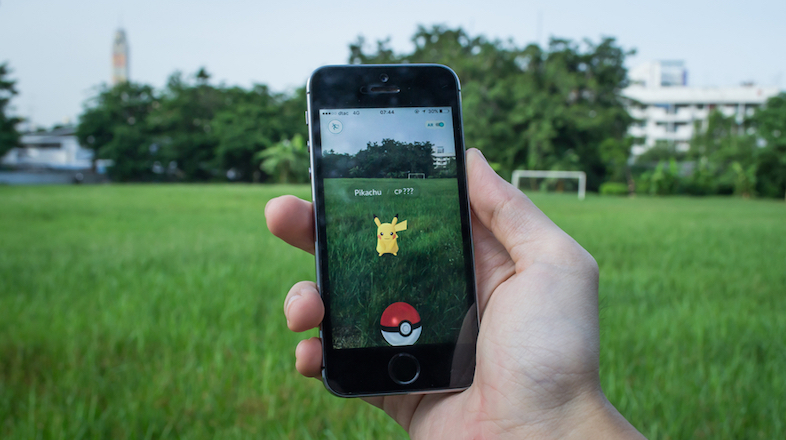 Osaka is the second biggest city in Japan. This metropolitan space is dotted with greenery and parks, you can escape into. Osaka’s parks are beautiful all year round. Cherry blossoms in bloom in March, Maple leaves changing its color in November and Now Rare Pokémon hanging around.

This is the Osaka’s most famous park. The biggest attraction is obviously the castle itself.   Every spring, the Osaka Castle Park becomes washed in white and pink with several hundred cherry blossom trees on the park grounds.  It is the typical beautiful Japanese image, an oriental castle peeking through a sea of cherry blossoms and Autumn leaves replace the cherry blossoms in November.

Nagai Park is an urban park located just outside Osaka’s city centre, with the Botanical Garden, the Osaka Museum of Natural History, and two of Osaka’s sports stadiums. there is sure to be something for everyone. The park has lots of flowers and greenery, as well as trails for running or cycling. This park is less touristy than the more famous ones and is mostly visited by locals.

This park is located in Yao city.   There is “Peony Garden” that you can see flowers from about 50 varieties and 700 flowers every year in May.
[wc_fa icon=”subway” margin_left=”” margin_right=”” class=””][/wc_fa] Access : 20-minute walk from Kyuhoji station on the JR Yamatoji line
MAP﻿

One of the most famous sites for cherry-blossom gazing in Osaka. The Park is filled with 5000 cherry blossom trees during the spring, which give a magical atmosphere to the urban park.  Let’s spread out a blanket on the grass for a picnic, or take a stroll through the park.

The park has large‐sized play equipments, such as, jungle gym, and mountain slider, tunnel-like slide which is using a hill, practice field for rock‐climbing, and ground, fountain, seasonal flower’s flower bed, open space with grass. There is table tennis place, facilities which has multi purpose room, Ogimachi swimming pool, A short walk to about 2.6km of Tenjinbashi shopping street from north to south.

Tennouji park is located next to Tennoji Station, the southern gateway to Osaka. In 2015, it reopened with a wide open space with grass, futsal court, playland, restaurants and shops. It’s also home to the Tennoji Zoological Gardens and the Osaka Municipal Museum of Art.

Access : short walk from Tennouji station on the JR, and the Osaka subway

Sawanocho Park is just another local park in Osaka. It is a chance to observe how Osaka’s residents enjoy the green space in their city.
Access : 10-minute walk from Abiko-cho station on the JR Hanwa line or Sawanocho station on the Nankai koya line.
MAP﻿

This park is a former site of Haruki Horse Racetrack, full of greenery park in central part of Kishiwada city. There are “flowers and trees garden” where you can see seasonal flowers.
Access : 15-minute walk from Haruki station on the Nankai main line.
﻿MAP