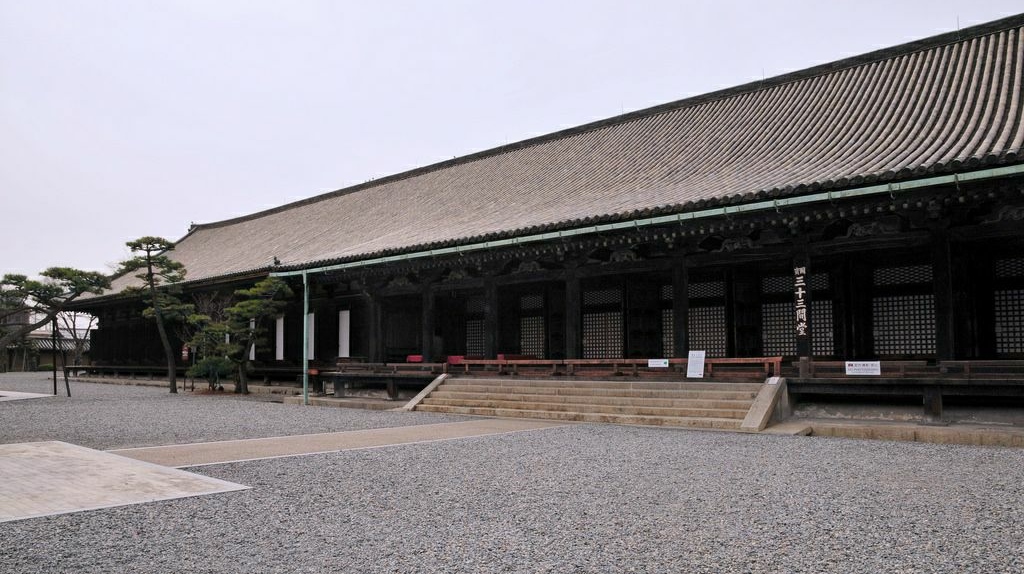 The temple’s name refers to the number of intervals between the pillars (Sanjyusangen = 33 bays).  At the back of the hall are 28 guardian statues in a great variety of expressive poses.

Sanjyusangen-do is a temple that is famous for its 1,001 Senju Kannon-zo (statues of “thousand-handed” goddesses of mercy). The main hall and the Senju Kannon-zazo (sitting Buddhist images) are designated as National Treasures.  Also The temple enshrined here are many other Buddhist images which are designated as National Treasures. The main hall was constructed in the 12th century. After being subsequently destroyed by fire, it was rebuilt in the 13th century. 1,001 Senju Kannon-ritsuzo (standing Buddhist images), each one of these minutely detailed images have different faces and dress.

Access : 5-minute walk from Shichijo station on the Keihan line.